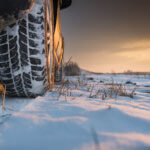 Be Ready for the Road this Winter

Posted on January 3, 2018 by Auburn Foreign & Domestic in Auto Repair

Worrying about going outside and staying warm this winter can be stressful. How many layers do you really need? It’s always good to expect the unexpected. Layers are helpful for warmth, but not an unexpected breakdown. Use these tips to ready your car for the unexpected. Winter ICE (In Case of Emergency) Kit First thing’s

Kids and Auto Repair: They Do Mix!

Posted on April 6, 2017 by Auburn Foreign & Domestic in Auto Repair

Moms and Dads around the Auburn, WA area have all had one of those days when their kid or kids is not feeling being out and about, and to make matters worse, they have stuff to do and appointments to keep! The key to avoiding those situations is to be well prepared. I will go

How Can I Get Faster Auto Repair Service in Auburn?

The amount of time your auto repair service in Auburn, WA takes is dependent on several factors: Complexity of the diagnosis Part availability Complexity of the auto repair Number of cars ahead of yours While most of these factors are out of your control, there is one that you can help with to get faster

Posted on February 14, 2013 by Auburn Foreign & Domestic in Repair

Posted on February 13, 2013 by Auburn Foreign & Domestic in Maintenance

The city of Auburn, Washington is primarily located in King County with a small portion bleeding over into Pierce County.  It is one of several Seattle suburbs and has a population 70,000+ according to the 2010 US Census.  Interestingly enough, the heaviest precipitation months are November through March with nearly 26” of the annual 37”